As we continue to tackle racism and ensure black history is represented all year round, we take a moment to shine a light on black heritage, history, and culture, through some of our recommendations for you to watch, read, listen and be inspired by this Black History Month.

Judas and the Black Messiah

In Shaka King’s historical drama, Daniel Kaluuya plays the radical leader Fred Hampton, with Lakeith Stanfield as the informer who betrayed him. Fred Hampton, is a young, charismatic activist, whp becomes Chairman of the Illinois chapter of the Black Panther Party – putting him directly in the crosshairs of the government, the FBI, and the Chicago Police. But to destroy the revolution, the authorities are going to need a man on the inside.

Buoyed by a trio of standout performances, this freshly resonant thriller brings urgent life to one of the Black Panther movement’s greatest tragedies. Shaka King is a force to be reckoned with. Oscar winning worthy. A must watch.

Enslaved: The Lost History of the Transatlantic Slave Trade

Enslaved with Samuel L Jackson, still available on BBC iPlayer, shines light on the millions of Africans who were kidnapped and shipped to America. Using new advanced 3D mapping and ground-penetrating radar, deep sea diving teams locate and examine sunken slave ships and uncover how millions of people died on the brutal transatlantic journey.  From beneath the ocean the documentary travels on land England, America and Ghana, to uncover the lost stories of our ancestors.

‘Enslaved provides a fresh and authentic history of the transatlantic slave trade – one that demonstrates to today’s audiences that this is a truly global story. It celebrates the cultures that millions of enslaved people left behind, and the impact those who survived had on world culture today,’ says the BBC.

I May Destroy You

We were completely blown away by Michaela Coel’s 2020 masterpiece I May Destroy You. Not only for her genius writing, producing and acting skills, the gritty, raw brilliance of the narrative and characters – that resonated with so many of us – but also for the integrity and strong self-belief she showed when she turned down millions for the show in order to keep creative control.

After becoming totally obsessed with the multi-award-winning actor, director, screenwriter, producer, playwright and poet, Michaela Coel and watching everything she’s ever written/produced/appeared in, we found this – an uplifting, beautiful story told from a true artist of our time.

Covering everything from the police, education and identity to politics, sexual objectification and the far right, Natives speaks directly to British denial and squeamishness when it comes to confronting issues of race and class that are at the heart of the legacy of Britain’s racialised empire. This is a bestseller from BAFTA and MOBO award-winning musician and political commentator, Akala. You may be familiar with his songs or his political commentary.

From the first time he was stopped and searched as a child, to the day he realised his mum was white, to his first encounters with racist teachers – race and class have shaped Akala’s life and also his sister Ms Dynamite, outlook. In this unique book he takes his own experiences and widens them out to look at the social, historical and political factors that have left us where we are today.

One of the most enlightening books you could ever read in its treatment of how race, class, colonialism and empire intersect, mainly in Britain but also across the world. It’s in part a personal memoir, some of which is blood-boiling about the injustice and casual cruelty of teachers and the institutional bigotry that continues to underestimate black kids. (Akala was put in a special needs class basically because of his skin. On the evidence of this book he has a brain the size of your actual planet.) This aspect is really well done, the personal testimony and anger anchoring the more general history, politics, and historiography.

Elijah Lawal, The Clapback: Your Guide to Calling Out Racist Stereotypes

In order to have an honest and open conversation about race, we need to identify areas where things are not right. The Clapback: Your Guide to Calling Out Racist Stereotypes examines negative stereotypes towards the black community and delivers a straight-talking guide on how to act right every day.

Author Elijah Lawal is the communications manager and spokesperson for Google, in his first book he uses an easy style and sharp wit to retell tales of the hardship of growing up, what it was like to feel ‘very different’, and the impactful events that became the catalyst for him writing this debut book.

Compelling chapters from Identity and Police, to Sex, Drugs and Dance are revelationary, informative, heartfelt and unput-downable; taking us on a journey through history and providing cold hard facts – because we need them.

Dave, We’re All Alone in This Together (album)

The young British star released his second album, as ambitious, technical, and deeply felt as his first. It is sure to keep his star on the rise. For being just 23, Dave raps as if he’s lived several lifetimes—perhaps because, like so many of the immigrant kids he writes for and about, he’s had to grow up faster than most. That’s not to suggest that younger artists aren’t capable of insight or potency, but rather that Dave still has so much to show the world. The choral posse cut “In The Fire” brings together multiple generations of the UK’s still-blossoming and belatedly-appreciated rap scene, and crowns him as its new ringleader.

Dave is very much carrying the torch for the new generation. Every song hits deeply and resonates, this one will be on repeat for months to come.

Reni Eddo-Lodge, Why I’m No Longer Talking to White People About Race (audiobook)

Moonlighting as a radio DJ ? I really enjoyed taking part in @bbc6music 's Paperback Writers, in which I was given free reign over an hour of broadcasting time to play all the songs that have influenced me as a creative and author. It's on today at 1pm. Tune in live or listen worldwide on the BBC Sounds app! ? EDIT: Link to the full show in my highlights.

Reni Eddo-Lodge wrote an impassioned blog post back titled, ‘Why I’m No Longer Talking to White People About Race’ back in 2014 and it went viral:

‘I couldn’t have a conversation with white folks about the details of a problem if they didn’t want to recognise that the problem exists. Worse still was the white person who might be willing to entertain the possibility of said racism but still thinks we enter this conversation as equals. We didn’t then, and we don’t now.’

With such a passionate response it was clear that there were bigger discussions to be had, questions to be answered and ideas laid out.

In her book Reni covers everything from eradicated black history to white privilege, the fallacy of ‘meritocracy’ to whitewashing feminism, and the inextricable link between class and race. Last year Reni featured in Vogue as one of the 19 chosen activists, read/listen to her book, you’ll understand why she’s there.

We’ve stumbled across Black Gals Livin’ (a bit late to the party…) but oh boy, what a delight. Every Monday, friends Vic and Jas hailing from London and Essex chat about current affairs, mental health, pop culture and ‘random shennanigans’ in their award winning podcast.

This sincere, easy listening podcast is insightful, clever and funny, with episodes like To bonnet or not to bonnet? and What it’s really like to be a Black creative in the UK. Give it a go, you’ll be lost in a Black Gals Livin’ rabbit hole, sifting through the entire back catalogue to try and get all caught up – but you’ll emerge enlightened, educated and titillated.

Cold Laundry took social media and the world of e-commerce by storm. Founded in 2019 by London-based husband-and-wife duo Ola and Cerise Alabi, Cold Laundry is a gender-neutral brand that offers up everyday staples like loose trousers, cosy puffer coats, oversized sweaters and longline hoodies in sensual tones such as forest greens, mocha browns, taupe-like greys and a range of nude shades.

Inspired by the Korean aesthetic for clean, minimalism in fashion, Cold Laundry was established with a leap of faith. A clean take on the minimalistic design of Asia, with a modern twist, the brand has put people of colour at the forefront of they do.

In Cold Laundry’s welcoming and alluring universe, pieces exhibit an elevated but attainable sense of style and taste. Ease of wear is front and centre of the line’s priorities, yet the well-chosen mix of garments, among them boxy double-breasted blazer jackets and drawstring trousers with elasticated waistbands, cuts a distinctive and memorable dash for both men and women. Armed with a loyal and surging following, Cold Laundry has become a forerunner in championing representation and diversity within the fashion industry.

With its West African-influenced dishes, global flavours and a Michelin star under its belt, Ikoyi is one of the few London part-Black-owned restaurants on the fine-dining map. The restaurant uses seasonal ingredients – which means it’s always changing. The restaurant is currently à la carte with plans to reinstate their blind tasting menu, which consists of seven savoury courses and two desserts. Welcome to a world of Ikoyi’s blend of flavours the chefs certainly know what they’re doing, turning up dishes such as plantain caramelised in ginger and kombu. 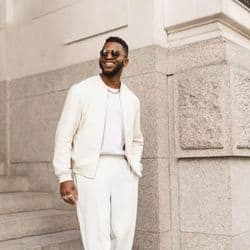 Remi is a Digital Creator who spends his time between Manchester and London.

Book club’s favourites and most anticipated books of 2022 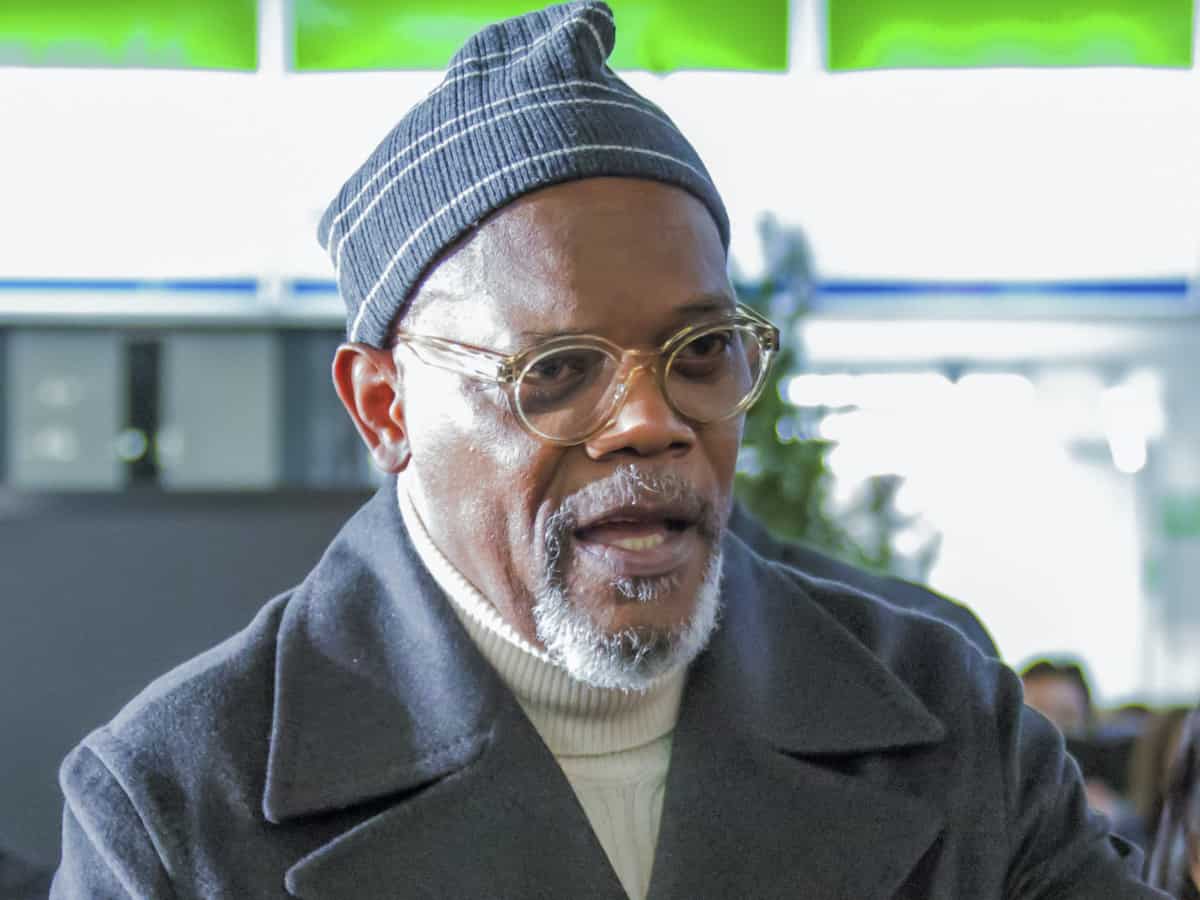 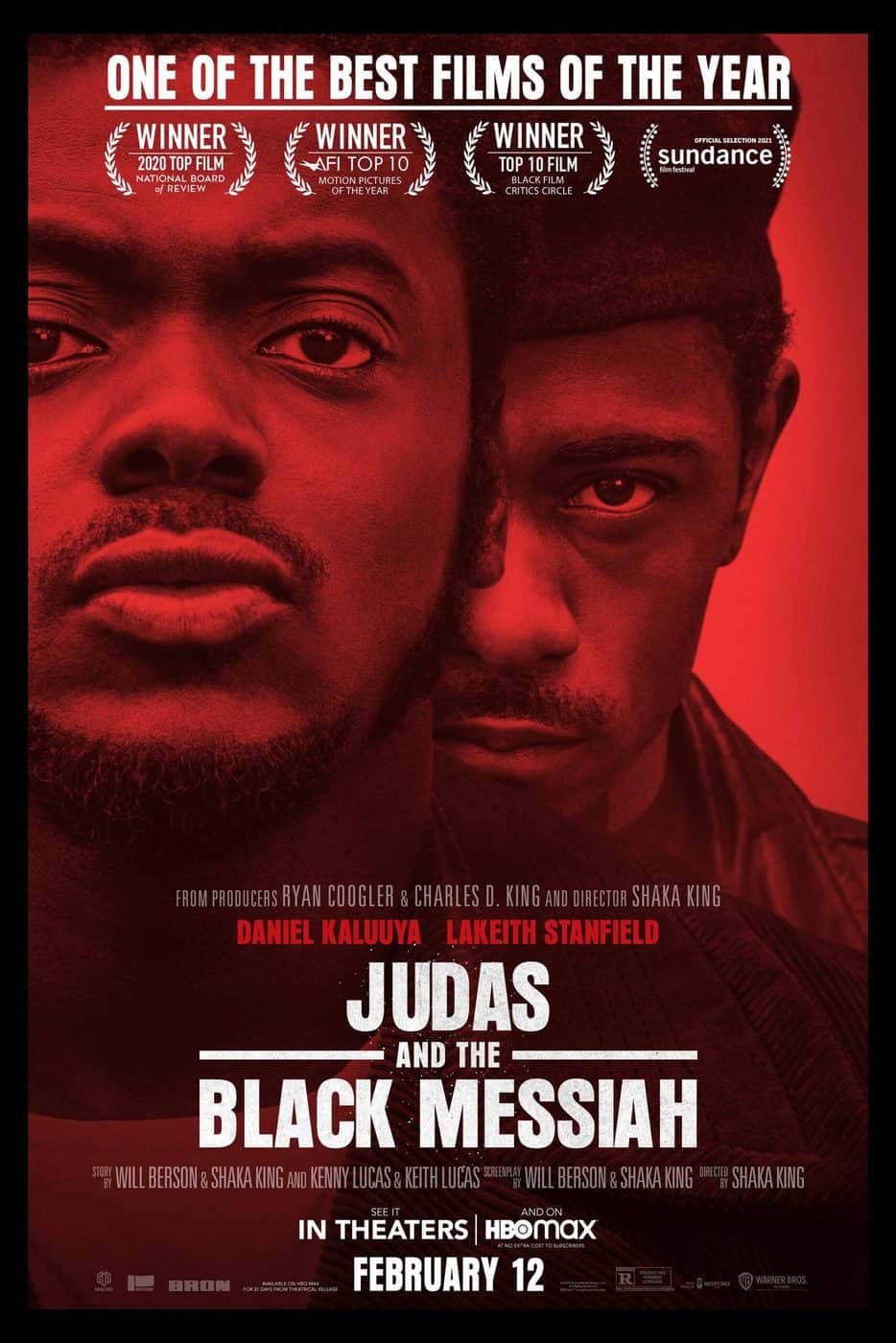 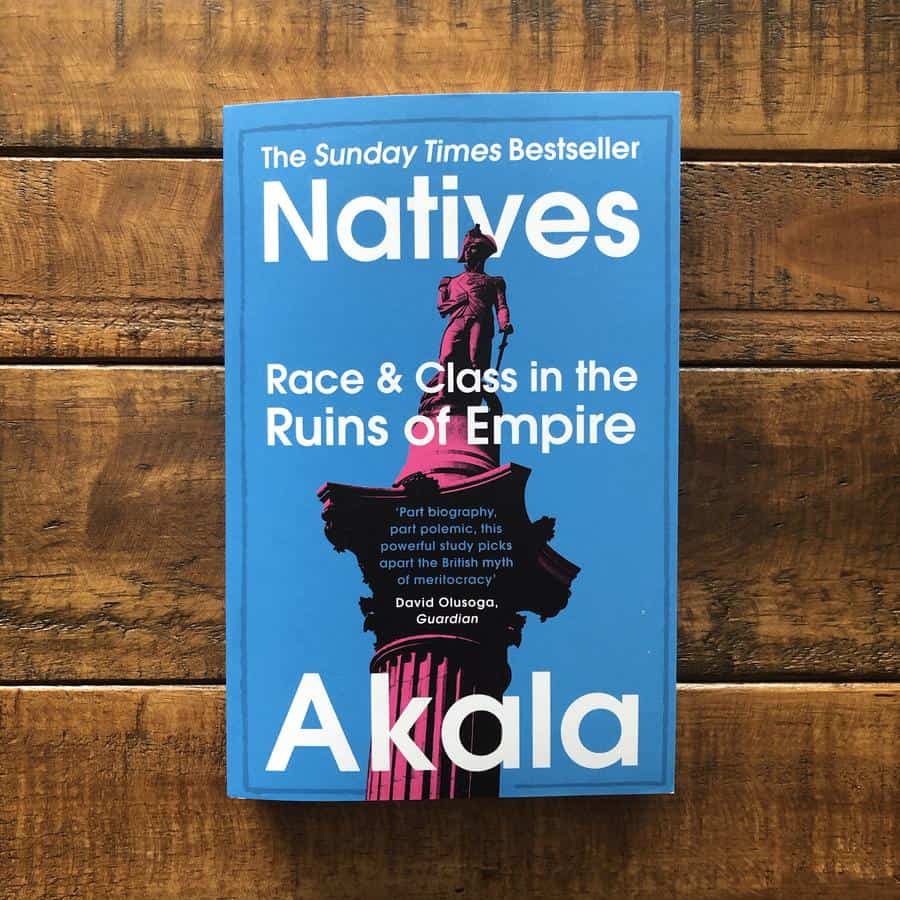 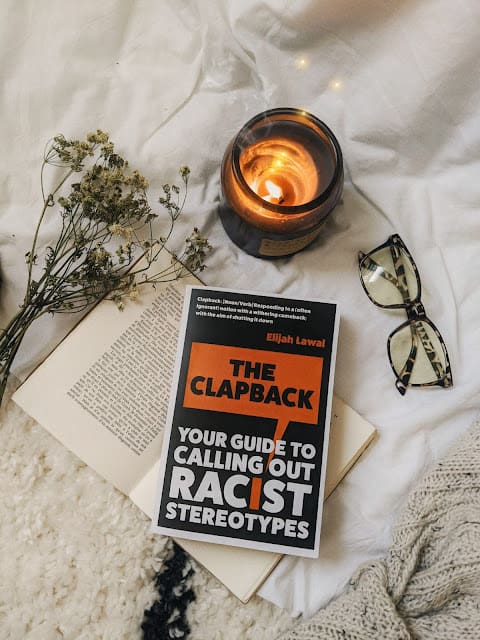 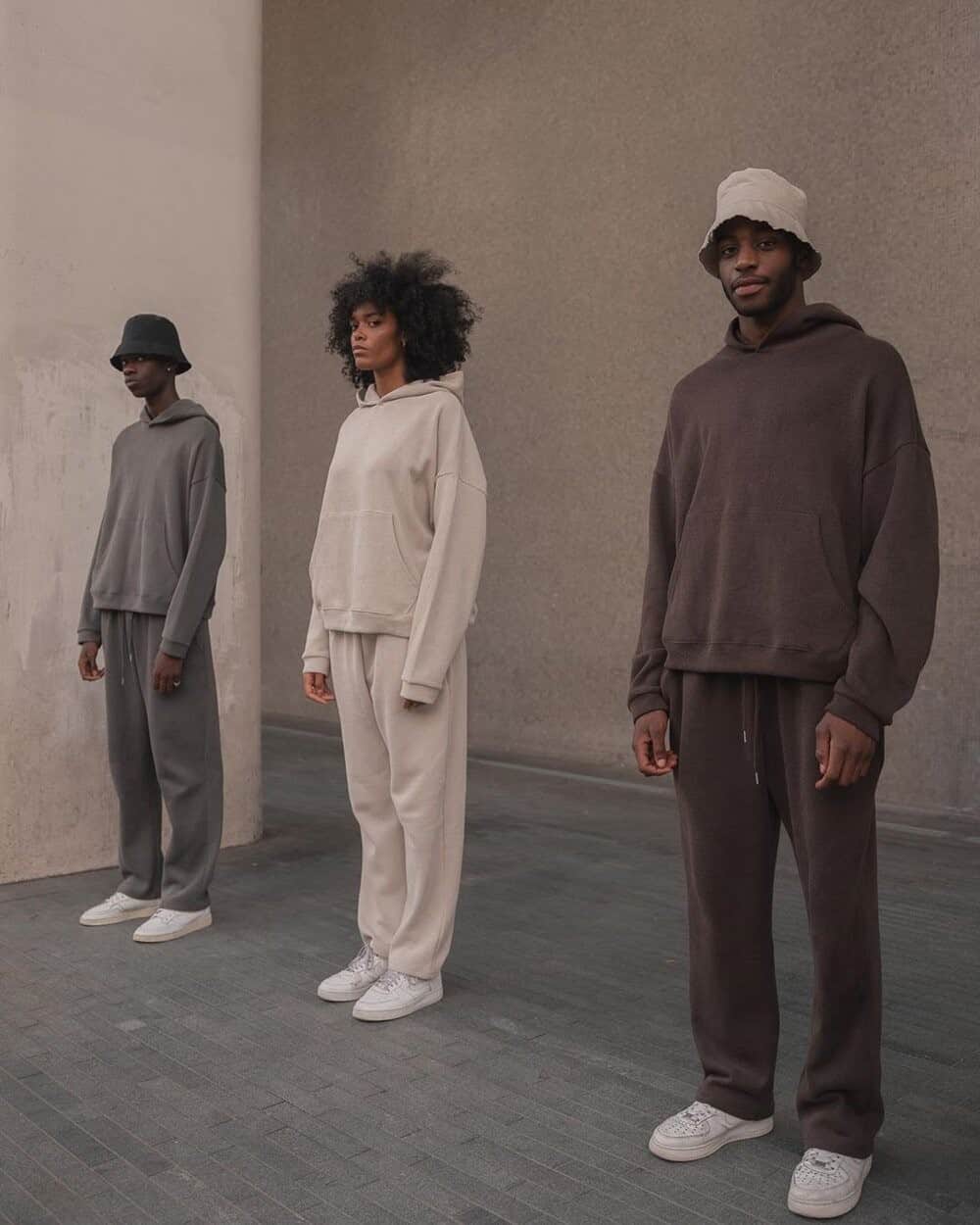 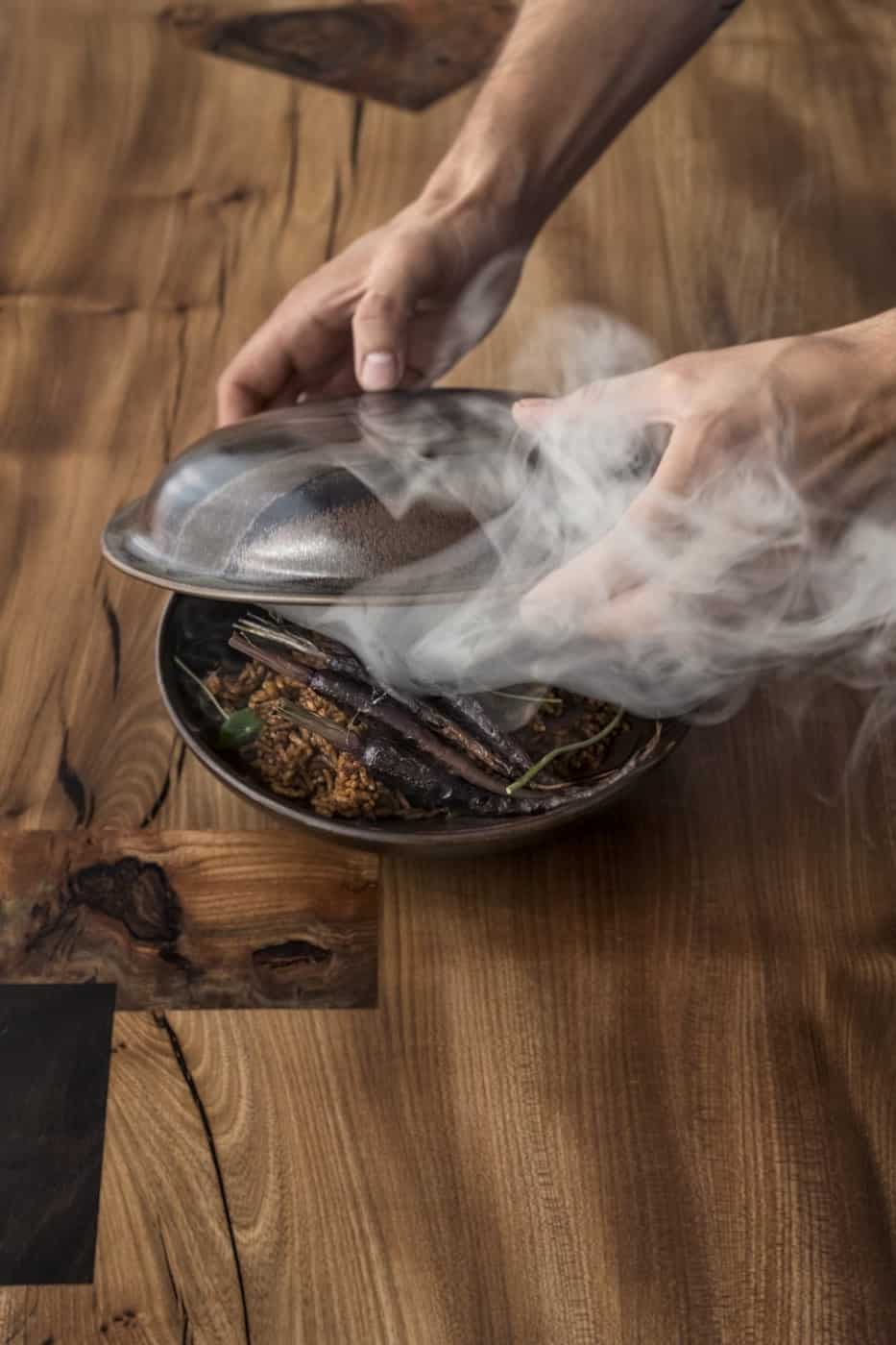