Black History Month will be different this year — here’s why…

Welcome to autumn, where the days are flush with falling leaves, chilling weather and when the sun sets faster than it rises. While the mercury might make it less appealing to leave the house — not least with the backdrop of a global pandemic — there’s a lot to celebrate. October is Black History Month, a time of celebration and recognition of all the outstanding contributions of people of African and Caribbean descent have made to the UK over the years, while also reminding and confronting racial discrimination in the past and present.

Black History Month was first created by American historian Carter G Woodson (1875-1950) in Chicago. He wanted to challenge the preconceptions at the time that “the negro has no history” and founded The Association for the Study of Negro Life and History in 1915, which encouraged scholars and historians to research and preserve Black history and culture. In February 1926, Woodson founded Negro History Week but it was later decided that a week wasn’t long enough, and against the backdrop of the civil rights movement and the Black Power Movement, Black History Month was born in 1969. Like most things that originate in the US, it wasn’t long before word about Black History Month made its way to the UK. After visiting America in the 1970s, Ghanaian-born Akyaaba Addai Sebo, a special projects office at the Greater London Council, founded the UK’s version of Black History Month in 1987.

Every year in the UK, it has since been an opportunity to showcase the resilience of our people, ancestors and prominent figures throughout Black British history as well as celebrate our Blackness and culture. It’s when people take the time to look into their backgrounds, find out about Black people who have made a difference to the country or find out more about Britain and the transatlantic slave trade — a time where Black people were graded for goods and sold into slavery for work. But there are some prominent figures throughout history who really contributed to the UK, such as Mary Seacole, a Jamaican who came over to England and looked after British soldiers who were injured in the Crimean War (1853-1856), Lilian Bader, the first Black woman to join the British Armed Forces and Diane Abbott, who made history by becoming the first Black woman to be elected to Parliament and still serves today as a member of the cabinet in the Labour Party.

As a Black British woman, Black History Month holds a special place in my heart, not only because it’s a celebration of Black people but for its ability to make us feel seen and recognised. While we can argue that a month isn’t enough to do our culture justice, its annual event ensures that our history, and our presence, is never forgotten. That said, this year’s event feels more poignant now more than ever.

2020 has been a tough year. Not only has the Black community had to grapple with coronavirus, which has disproportionately impacted those from Black, Asian and Ethnic minority backgrounds, but we’ve also bore witness a number of awful events.

The brutal murder of George Floyd, a 46-year-old man from Minneapolis who died after a white police officer cut off his oxygen supply for eight minutes by kneeling on his neck, sparked outrage in both the United States and the UK, causing a public outcry and prompting Black Lives Matter riots all over the world. In the UK, thousands of people lined the streets in cities around the country including Manchester, London and Bristol, with protesters calling for an end to racial inequality and police brutality. The movement led to the removal of the Cecil Rhodes statue at Oxford University’s Oriel College, as well as the statue of slave trader Edward Colston during an anti-racism rally in Bristol, a clear indicator that enough was enough.

Now the world has somewhat woken up to the racial injustices Black people face (microaggressions, racial bias, institutional racism, low pay to name a few) all eyes are on everyone else to do the work this month. While the coronavirus pandemic has put everything on hold with social distancing measures in place, a lot of the events that would’ve been scheduled this month either have limited places, have gone virtual or have been cancelled. But worry not, there are still plenty of exciting events coming up that celebrate Black culture and history.

In London, take a 90-minute socially-distanced walking tour in London to learn about British Abolitionists, highlighting six locations where formerly enslaved African Americans made an indelible mark on the British landscape. Starting at Freemasons Hall, you’ll be well taken care of by host Dr Hannah-Rose Murray (University of Edinburgh).

If you are not suffering from Zoom fatigue, sign up to Ake Arts and Book digital festival which will feature more than 170 major speakers from across books, poetry, music, theatre and art from Tayari Jones (author of An American Marriage), Jamaican novelist Marlon James, journalist and writer Afua Hirsch and author Esi Edugyan. The festival is free of charge and will be holding discussions on race, gender, sexual and social identity, blacktivism, intersectional feminism and colourism, as well the post-COVID-19 mental health crisis. It’s not one to miss.

Staying in? Look out for comedian Mo Gilligan’s Black British & Funny, Channel 4’s new five-hour-long specials due to air this month. The BAFTA-winning comedian will be looking back at the Black comedy circuit’s history, detailing the UK’s pioneering Black comedians who paved the way for him, as well as exploring why so few of its stars have found mainstream success. The show also highlights the new faces that you should keep your eyes on.

Meanwhile, there are a plethora of new books out this month, including Loud Black Girls: 20 Black Women Writers Ask: What’s Next by Slay In Your Lane authors Yomi Adegoke and Elizabeth Uviebinene and Anti-Racist Ally, a pocket-sized guide to help you find your voice through action and activism, by Millennial Black author Sophie Williams, as well as Good Hair: The Essential Guide to Afro, Textured and Curly Hair by award-winning British Ghanaian hairstylist and Hair Lounge owner, Charlotte Mensah. And there’s more: author Otegha Uwagba publishes her timely essay Whites: On Race and Other Falsehoods while author, journalist and Grazia’s Deputy Editor Kenya Hunt releases Girl: Essays on womanhood and belonging in the age of Black Girl Magic.

If you’re looking to plug into a podcast, tune in to About Race with author of Why I’m No Longer Talking To White People About Race author Rene Eddo-Lodge, which examines Britain’s modern relationship with race or The Sista Collective, a BBC podcast dedicated to real issues affecting women of colour today, hosted by presenters Jessie Aru-Phillips, Letitia George, Aminata Kamara and Simone Riley. Or, If you’re looking for something lighter, check out Black Gals Livin, 2 Queens in a Pod or The Receipts Podcast.

I’ll be sinking into Bolu Babalola’s debut anthology, Love in Colour, which reimagines mythical tales from West Africa to Ancient Greece that captures the passion of love, self-love and Black female empowerment. After such a difficult year, I think we can all agree that we could all use a little more love and joy in our lives. However you decide to mark Black History Month, I hope you are able to find something that enriches your mind and feeds the soul.

Want to go the extra mile? Here are some charities to support:

For The Record resident events

A series of talks and music celebrating Black History Month, curated by Get Living

Charmaine Simpson and Mark Simpson from BlackHistoryStudies.com look at the Black men and women who have joined together in marriage and have contributed to World History. This presentation will focus on royalty, liberators, activists, educators and musicians who have altered the course of history.

Black people have lived in Britain since Roman times. Moors were a common sight in Elizabethan England. There were great Black personalities in 18th and 19th century Britain. Charmaine Simpson and Mark Simpson tell their story. 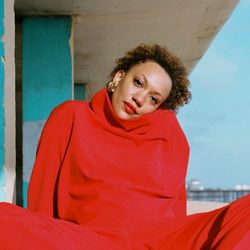 Jessica is a London based journalist, brand consultant, mental health ambassador. She has her own weekly newsletter called Soft Life Living.

5 Things To Do In Manchester & Salford This Summer