When Pride in London cancelled its 2021 event earlier this year due to COVID-19, there was anger and disappointment from the LGBTQ+ community. Instagram comments spoke about the injustice of the Euros taking place, but not Pride. A consensus seemed to be a want to descend to the streets of London on 11th September regardless. Pride cannot be cancelled they say, because it is a protest – not the commercialised parade it has since become.

I, however, felt none of this. If Pride had taken place this year, I wouldn’t have attended and I have not for many years before COVID-19. I started to question when reading these comments as to whether that lack of feeling in myself equated to a lack of personal pride in my queerness. Why did I not feel an urge to celebrate on the streets with my community?

The reality of Pride for queer people of colour

The reality is that Pride has never offered a safe space for me. As a queer Brown person, I have always felt ostrachised amidst hordes of cis gay white men who are a dominant force at these events. They feel a sense of entitlement that this time, this moment is to celebrate their identities and as a consequence they discriminate against anyone not like them. For the people commenting on that Instagram post, they have an affinity to Pride in a way I do not, because the event caters specifically to their identity.

Thankfully, alternative spaces do exist. UK Black Pride offers an amazing event that caters to queer people of colour and the more recent Trans Pride offers a safe space to trans and non-binary people like me. And yet, I’ve only been to UK Black Pride once and never to Trans Pride. The reason is that there is always a fear within me of not being accepted. That stems from years of traumatic fear about not being accepted because of my sexuality and has since been exacerbated by wondering if I can be accepted within the queer community.

My identity cannot be segregated into boxes. My Brownness complements my queerness and so much of what I value within my heritage comes from the disruptive and anti-western gender norms of my ancestors. I cannot attend Pride and forget my race and yet I feel there is an obligation to do so. Even at UK Black Pride, I am hyper aware that as a South Asian, I exist in a minority for an event that caters, and rightly so, to the Black queer community. UK Black Pride’s online event this year had a specific ‘Desi Room’ for South Asian performers. I feel my identity will always be an alternative to the mainstream.

The commercialisation of Pride

In any event that celebrates identity, it immediately has limitations as to what identities it can celebrate. The capitalist model these events are based around requires having a target audience in mind. I saw images and videos of Manchester Pride across my social media and cannot help but think how that event has been designed with the stereotypical gay in mind. Lady Gaga bursts from the speakers as crowds of shirtless muscled white men two-step on a dancefloor. When there are offerings for people with other identity makeups, they exist on the periphery – programmed earlier in the day and away from the main events – simply because they do not attract the numbers these events need financially.

In 2020, Rhammel Afflick resigned as Pride in London’s Director of Communications, citing “no willingness to protect Black and Brown people” within the organisation. The entire Community Advisory Board also handed in their resignations and this led to the departure of five directors within the company. The issue exists both within the organisers and within the audiences they seek to attract.

Systemic racism has always been a problem within the LGBTQ+ community. Brown and black stripes were added to the flag to show how people of colour should be included, but the reality is very different. Racism is a white person’s problem and therefore they should be responsible for its solution. And yet, when it comes to Pride these solutions are limited by the white dominant perspective.

Pride organisers, UK Black Pride excluded, are invested in retaining their core audience whilst expanding the net by bringing in queer people of colour. And yet, there exists some fantasy of ratios that has been silently agreed upon where Pride campaigns and programmes show white people in the majority, a few Black people, perhaps one South Asian, and hardly ever any East Asian queer people. The message is clear – you are welcome, but as the minority.

How do we move forward? The future of Pride

The solution logistically cannot be many different Prides that celebrate each amalgamation of intersectionality – each treating its audience as the mainstream. But perhaps, if we take the commercialism out of Pride – as the white people speaking on Pride in London’s Instagram also want – then perhaps we can move towards a model where there is no hierarchy based on the number of tickets sold. Rather there is dedicated space and importance given to these underrepresented communities, instead of an allowance to be present alongside the mainstream.

True diversity does not elevate one section of the community above another. It is detrimental for the longevity of Pride to not be intersectional. For long, it has served a community whose marginalisation came from their sexuality. Today, it has to recognise that to be marginalised for one protected characteristic is a privilege in the queer community. Pride has to become a not-for-profit effort that evaluates success through the pride felt by its attendees – as a utopia that unites us together. Then, I would attend. To celebrate myself and my community. To feel like I belong and my contribution is heard. I live in hope this will be a reality. 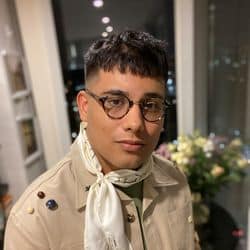 Nick (they/them) is a filmmaker, writer and producer on the advisory board of the UK Asian Film Festival. They also act as a diversity consultant on anti-racist practice in the cultural sector.

Life’s not a drag when you’re a queen