Take our quiz to find out!

London is unquestionably one of the most enchanting and excellent cities in the world. Home to a whopping 9.5 million people and over 300 languages – which makes it the most linguistically diverse city on the globe. Each area code really does have a vibe unto itself.

Answer these 10 questions, noting down your scores, to discover which type of Londoner you are.

a) Heading for a big sweat with my Class-Pass, a green juice and if I’m feeling flush maybe a pampering treat too
b) ‘Medicinal’ Bloody Mary’s and a catch up with friends
c) A jog along the river by day and some live comedy by night
d) Cold water wild swimming and the weekend papers

3. You would never leave the house without…

4. The book on your coffee table:

a) Kate Moss by Mario Testino
b) The Wallpaper Guide to Tulum
c) Banksy: Wall & Piece
d) …errr I don’t actually have a coffee table. I have an ottoman.

6. Your mantra for life is:

a) Positive vibes, positive life.
b) You have no idea how painful it is to be this creative with not enough outlets.
c) Live simply.
d) I am enough.

7. This summer you’d love to be heading to:

8. The best part of living in London is:

9. At your local coffee shop you order:

10. Your favourite hobby is:

Head West folks, that place was made for you. The ‘west end’ is a jewel in this city’s crown. At the centre stands the imposing Houses of Parliament, iconic Big Ben and Westminster Abbey. It feels regal, it feels royal, making it a noble choice for those with a healthy rental budget.

It’s no secret that the Royal Borough of Kensington and Chelsea have some of the most spenny properties on the market, with Hammersmith and Fulham close behind. West Londoners are paying for riverside views, proximity to renowned parks and ‘Museum Mile.’

Spend sunny weekends walking/running/pedalo-ing in Hyde Park… or get your culture fix in the iconic Natural History or V&A Museum – do check out their late nights to mix up your weekend evenings.

Evenings can be spent in glitzy hotel bars, and slowly making your way through a never ending list of fine-dining restaurants.

And when you’re after some West End theatrics you’ll be spoilt for choice with over 200 performances daily in London’s theatre-land. If it’s a bit of ‘edge’ you’re in the market for –  Soho is a stone’s throw. OR just wait for the globally renowned Notting Hill Carnival that brings 1 million visitors to the capital every year.

This salt of the earth spot is a hot bed for fun-loving creatives, young professionals and families – and sees so many gravitate towards our East Village neighbourhood, one of the best connected neighbourhoods in London.

On Saturday’s you’ll probably head to queue for London’s best bagels on Brick Lane, pick up a pre-loved shirt and stop for a cocktail or two on your way home. On Sunday, we can find you strolling through Columbia flower market juggling armfuls of house plants and an artisan coffee.

Whether you’re working out in the Olympic swimming pool, enjoying a pint on the River Lee canals, styling yourself up at Westfield Stratford or partying at one of the capitals hottest festivals in the picturesque Victoria Park… East Londoners are drawn to the electric buzz, the creativity, the inventive digital start-ups. East is basically the originator of all things London – and the atmosphere is positively addictive.

This is all (and more) you can find to do in East London.

Head South of the River, my friends. From artsy Greenwich to happening Peckham, bustling Borough and ever-changing Elephant and Castle. This neck of the woods has many faces.

A boiling pot of delicious culture that slides excitingly down from the symbolic Thames. The city of London is just a brisk walk away and that’s why so many movers and shakers choose to live in our Elephant Central neighbourhood.

Decide what you’re in the mood for and go get it – sunset drinks atop Franks, or champers at The Shard. Find South Londoners in the afternoon at the White Cube, the Tate Modern or The Fashion and Textile Museum, dine Michelin-star or at Metropolitano Mercato with 40 independent food traders under one roof. It’s the hi-lo mash-up that’s magic.

Immerse yourself in Latino culture in effervescent Elephant and Castle. Treat yourself at the world-renowned food-lovers hotspot, Borough Market. Mooch along Bermondsey Street or savour the finest craft on the Beer Mile.

…And we haven’t even touched on the picture-perfect South Bank with the National Theatre, Foyle’s book shop and Shakespeare’s Globe (est 1599) Southerly banks draw the people of the city and tourists alike to its culture scattered banks. It’s the South’s cinematic beauty and the abundance of variety that makes South Londoners so proud to call this splendid spot home.

Learn why is it so easy to fall in love with life in Elephant Central.

Leafy, historic and picture-perfect. From the Borough of Enfield, Hampstead, to undulating Highgate. There’s a very good reason why so many people (ahem, Kate Moss, the Gallaghers, Ricky Gervais) gravitate to the cities Northerly regions.

Take a rejuvenating weekend dip in the pools of Hampstead Heath. Eat the best Turkish food of your life. Downward dog with Helena Bonham Carter and chums at one of the cities’ stellar holistic classes.

Reap the benefits of electric Islington with its pick n’ mix of very good food – from Ottolenghi to some of the best (and very pocket-friendly) French plates at Le Mercury or affordable family-run Turkish institution that is Mem and Laz.

There’s very good cocktails, live music, pub theatres, and laugh-a-minute ‘back room’ stand-up comedy – because London puts on more live comedy gigs than any other city in the world.

North Londoners revel in the architectural beauty of their hood, the feeling of being in a leafy suburb but still with fingers firmly on the beating pulse of delicious London life.

Wherever you live in London, there’s no denying it’s one of the world’s greatest cities. Amazing transport links make it accessible for all and simple to explore – enabling Londoners to make the very best of all of the cities fine nooks; each rich in history and culture, green spaces and adventure.

Looking to move to London?

At Get Living, our superbly located, utterly stylish homes are deposit free with flexible tenancies. But don’t just take our word for it, more than 4,500 people choose to rent, live and enjoy life with Get Living.

We believe in simplifying the renting process. It’s our mission. That, and to create delightful, diverse, inclusive, well-connected neighbourhoods across the UK.

Our homes come fully-furnished as standard and Wi-Fi is inclusive. We have 24/7 security and our hands-on in-house Relationship Management teams are based in each neighbourhood to ensure our residents can always access friendly assistance. There’s bike storage and free resident events. We’re also pet friendly, which means they live rent-free.

Check out our beautiful homes available in East and South London today: 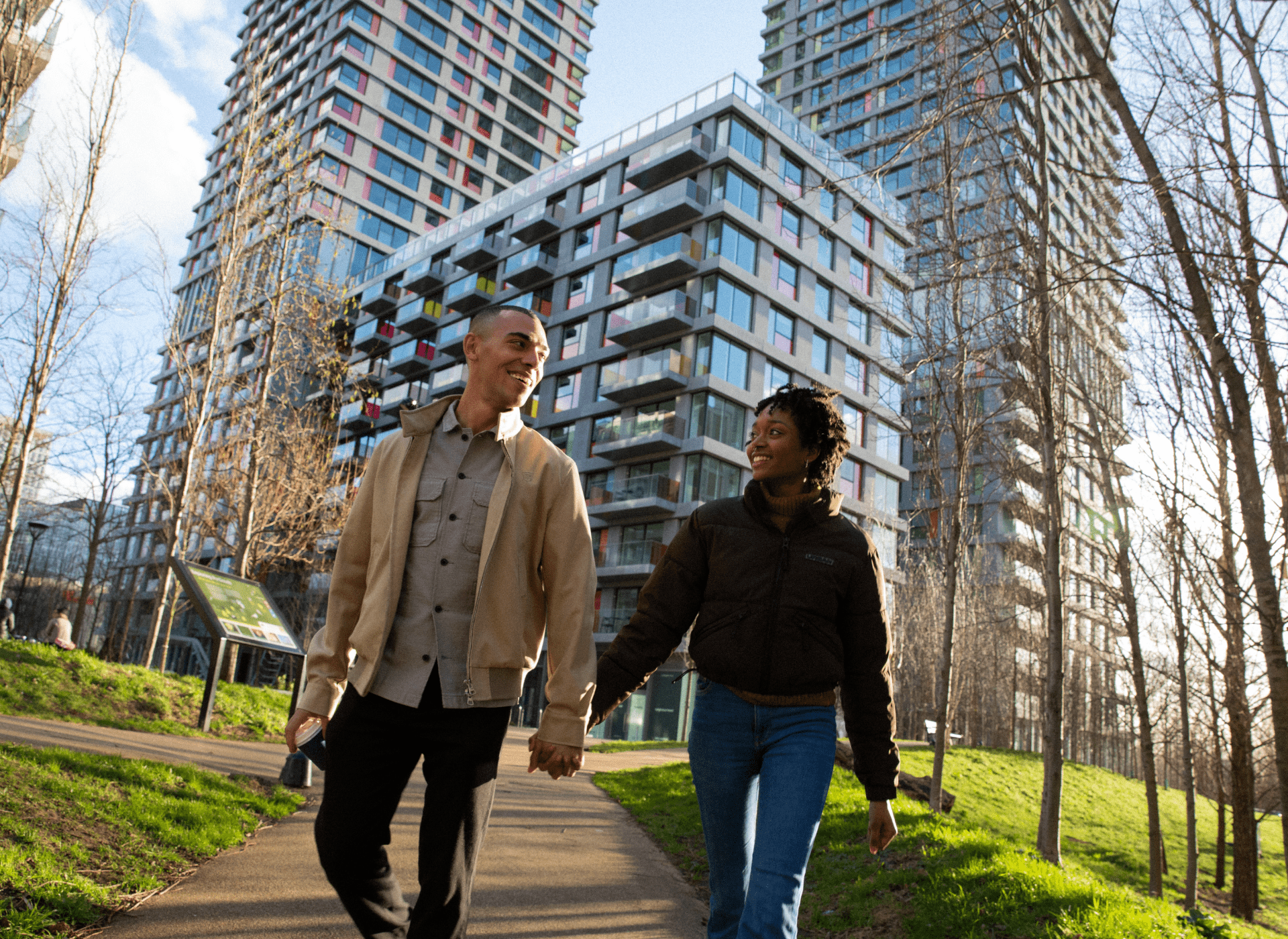 Vast green spaces, quaint village vibes while being connected to an electric city. Our East Village community is pretty epic. Stratford is the central station providing excellent transport links across the city and beyond. There’s 25-acres of wetlands, the zig-zagging canal-ways, the QEOP and so much more. We’d love to show you around.

Get in touch with the team to book an appointment. 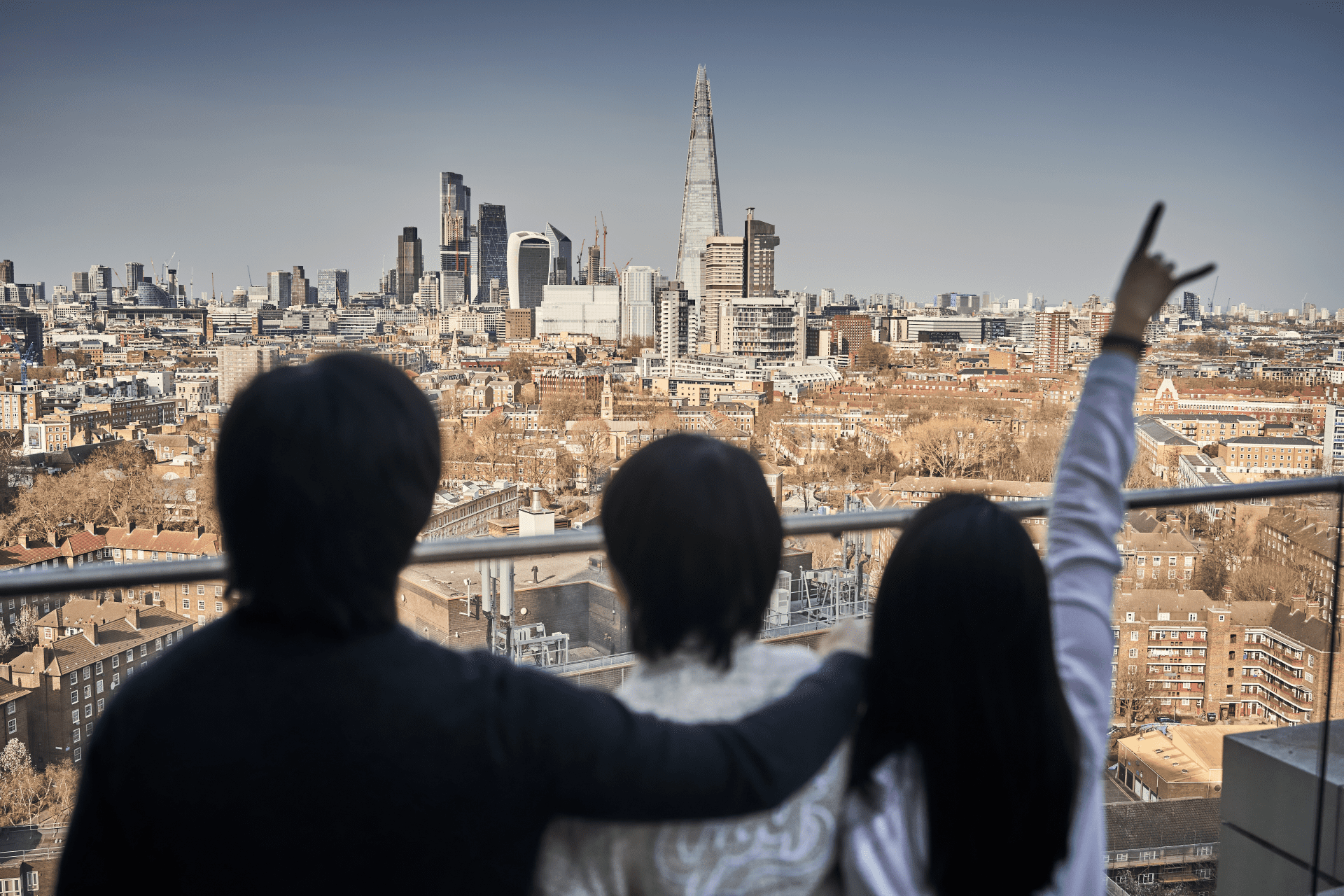 Chic apartment living in Zone 1 with welcoming community spirit and so much flava right on the doorstep?  Our light flooded Elephant Central homes are the epitome of cool city living. From Latin American eats to the infamous Ministry of Sound nightclub and culture hotspots galore, there’s plenty to keep you busy in Elephant and Castle, while also giving impeccable access to the rest of London. Let us show you around.

Enquire now and speak to our Elephant Central team today!

Your weekend sorted: Inspiring things to do in London this season

Get Living offers diverse neighbourhoods built for renters across London and Manchester. Each built with the area and its residents in mind with independent retailers, free events and surrounding green spaces.

There’s a home suited for everyone with studios to 1-4 bedroom homes and apartments available to rent. As standard, homes come with Wifi included, the freedom to decorate and on-site maintenance.